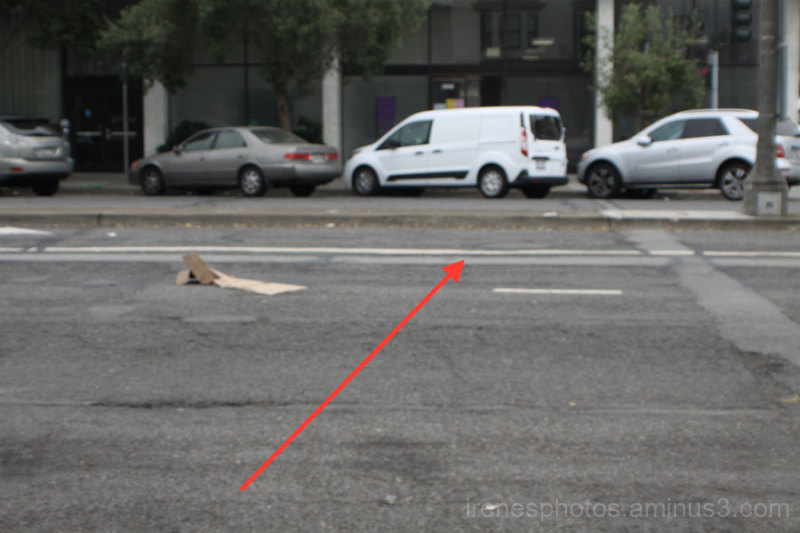 Previous Next
← previous day next day →

There is so much construction going on in San Francisco. Underneath the white lithe there is a gray part. Under the gray part there is a gas line along with AT&T and Comcast lines. In the infinite wisdom the city, they want to have buses run in the middle on top of the gas line with AT&T and Comcast. One of the merchants told me this. This reminds me of an incident that happened in San Bruno, California, south of us. Several houses blew up because of a gas leak. The city government doesn't care about the people. The downtown area has a lot of construction going on, tall buildings being built. They want to Manhattanize San Francisco. San Francisco is getting to be more expensive.

You seem to be very observant. Excellent and interesting image.

A great documentary image. Too bad there is not more fore thought to safety

I don't like to hear that they want to Manhattanize San Francisco. It is so unique just the was it is.