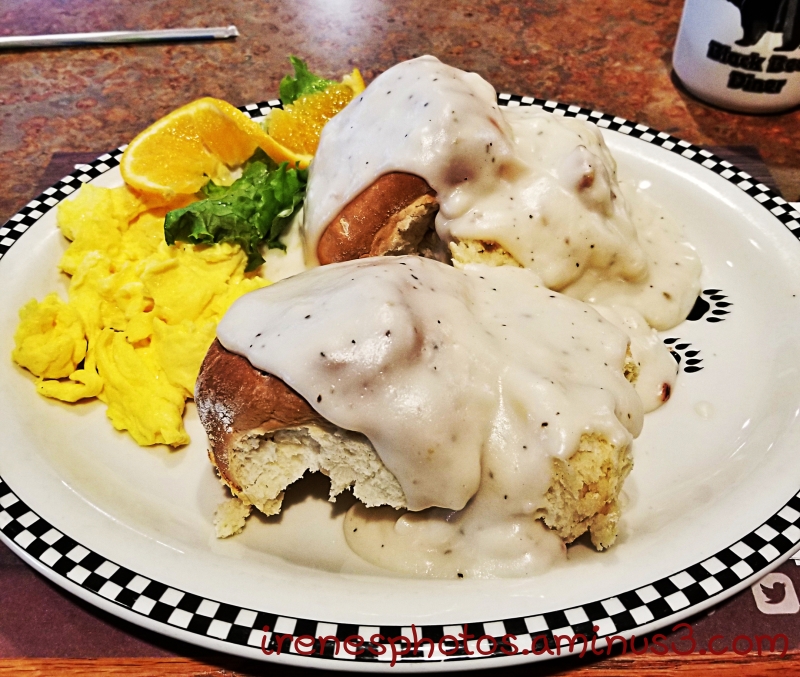 Previous Next
← previous day next day →

I decided to get a late breakfast. I've eaten here before and liked it. For the past few days I wanted Biscuits & Gravy. The biscuits here are quite large. I also asked for hash browns, which is the next day's post. The hash browns were brought to me later, they filled a pretty good portion of the plate. This time around the service was horrible to me. I had to ask for a second cup of coffee. I did get a doggie bag for the second biscuit. I was pondering in not leaving the waiter a tip, then thought maybe I should leave him a 15% tip. No I did leave a 20% tip.
What would any of you do in this situation?

I bet you enjoyed the meal Irene.

I agree that a lesser tip was appropriate. Hope you at least enjoyed the food.